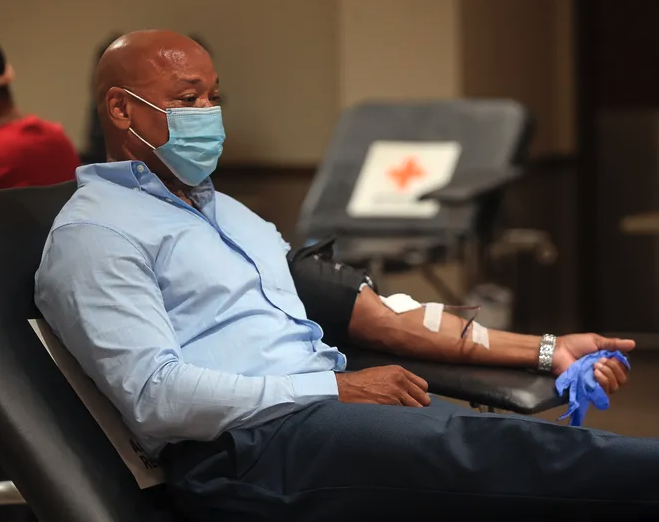 “For many patients, medicine would be unobtainable without assistance from third parties such as charities, churches, and drug manufacturer assistance programs,” Annie J. Ross-Womack

Sickle cell disease is an inherited, rare, painful, and debilitating condition that affects thousands of Ohioans.

Ohioans living with SCD are supported by a state program first started in the early 1970s through legislation passed by the Ohio General Assembly. The Ohio Dept. of Health program includes a regional network of medical providers and support services whose participants administer rigorous newborn testing programs, counseling and education services, and care coordination across the state.

Now, Ohio lawmakers may soon pass a law that can further assist people living with SCD and others living with chronic and life-threatening diseases.

Sickle cell disease affects millions of people worldwide – about 100,000 in the United States. Sickle cell disease is particularly common among those whose ancestors came from sub-Saharan Africa; Spanish-speaking regions in the Western Hemisphere (South America, the Caribbean, and Central America); Saudi Arabia; India; and Mediterranean countries such as Turkey, Greece, and Italy.

As a result, red blood cells cannot adequately deliver oxygen to the body’s organs, tissues, and bones. When this happens, people living with sickle cell disease experience crippling pain. As they age, serious complications occur to the brain, heart, lungs, and other vital organs.

Currently, there is no cure for sickle cell disease. Most treatments are centered around easing pain episodes and preventing complications and unseen damage to the body. Treatments include medication and blood transfusions and sometimes go as far as a stem cell transplant. There are some cutting-edge gene therapy treatments underway as well.

Medications to manage rare and chronic illnesses such as sickle cell and related diseases are often expensive. People with high-deductible health plans must pay higher copays and coinsurance costs. Their medications are likely on specialty-tier formularies, which drives up these out-of-pocket costs.

For many patients, medicine would be unobtainable without assistance from third parties such as charities, churches, and drug manufacturer assistance programs. Unfortunately, health insurance companies have created policies commonly referred to as copay accumulators, which deny copay assistance from being applied to a cost-sharing requirement.

The irony is that insurers refuse to apply financial assistance to the patient’s cost-sharing; they ultimately get paid twice by taking the monetary value of the copay assistance and the patient’s deductible obligation.

In addition, insurers use industry middlemen called pharmacy benefit managers to craft and utilize policies that shift the cost of the patient’s medication from the insurance company back onto the patient. Currently, nine out of 10 healthcare plans in Ohio have copay accumulator adjuster policies.

The Ohio legislature is taking action to help patients with chronic and life-threatening diseases. The Ohio House, by unanimous vote, recently approved House Bill 135, which would address copay accumulator policies. House Bill 135 will help Ohio families reduce out-of-pocket costs by allowing the payments from third-party copay assistance programs or other financial assistance programs to count toward their deductible and coinsurance.

Ohioans living with complex conditions such as sickle cell disease, multiple sclerosis, HIV/AIDS, and cancer are just some people whom this legislation will help.

As House Bill 135 waits to be heard in the Ohio Senate, it is critical that policymakers understand that the bill does not force insurers to cover new benefits nor interrupt the use of generic medications or steer patients to more expensive medications.

This bill does not increase premiums; so far, 14 states have banned copay accumulators, and more than 20 states are working on legislation. Data shows premiums have not increased in the first states where bans were implemented.

People living with sickle cell disease appreciate that the Ohio Department of Health and state legislators support our community’s care, education, counseling, and newborn screenings. We urge the members of the Ohio Senate to pass House Bill 135 to continue to support those Ohioans dealing with chronic illness.